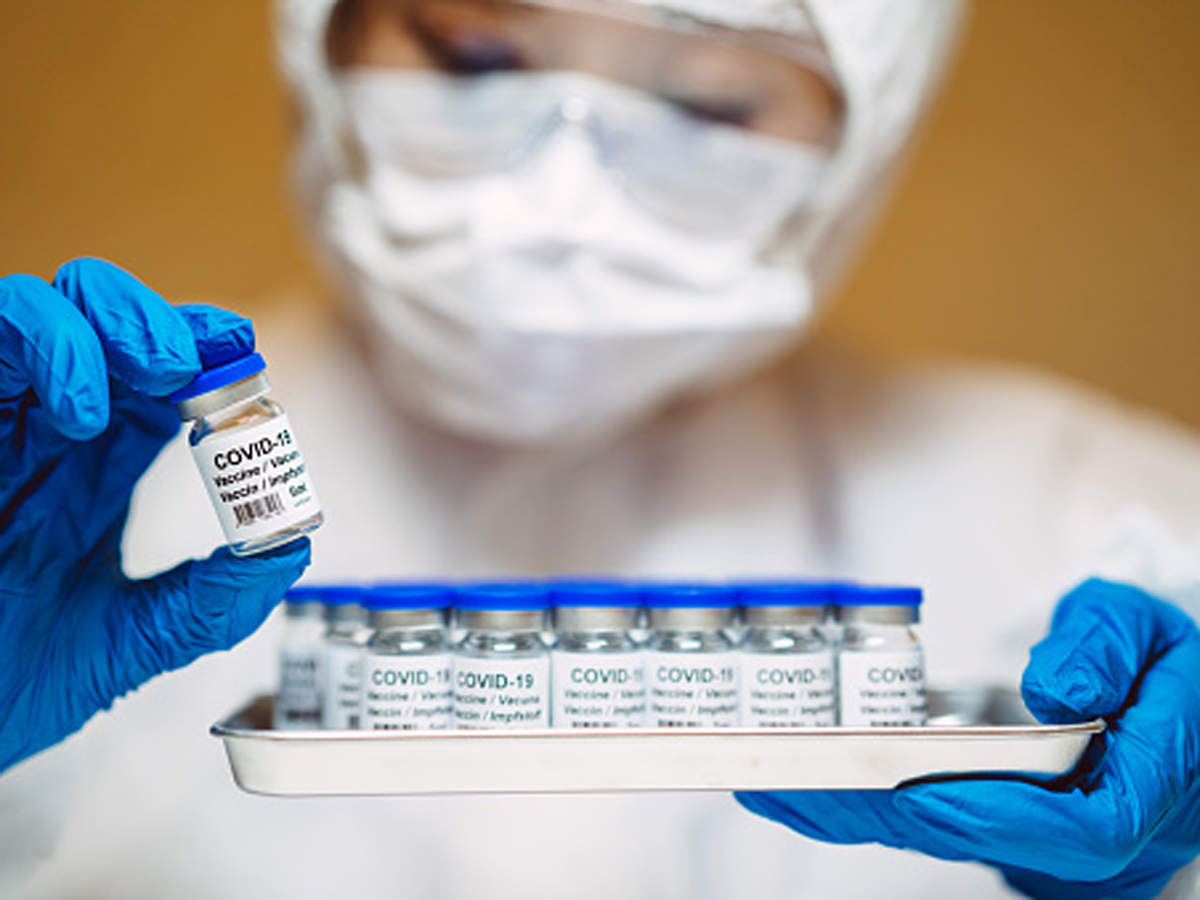 NEW DELHI: At least 80 countries including India, Sri Lanka and Pakistan on Thursday criticised the European Union for its recent decision of introducing export controls on Covid-19 vaccines.

The issue came up at a meeting on intellectual property rights at the World Trade Organization (WTO) in which the developed countries again refused to support a joint proposal by India and South Africa for a temporary waiver in global IPR rules to ensure uninterrupted flow of medicines, vaccines and medical equipment among countries amid the ongoing pandemic.

The EU has introduced export controls on Covid-19 vaccines made in the region under a transparency mechanism that gives its member countries powers to deny vaccine exports if the company making them has not honoured its existing contracts with the bloc.

At the WTO, members who support the waiver proposal, have termed the current vaccine famine an artificial one that has emerged from the quest to perpetuate monopoly power using IP, especially trade secrets.

South Africa insisted on a text-based approach in order to find a landing zone to operationalise the waiver in the shortest possible time amid lives being lost globally due to the pandemic. 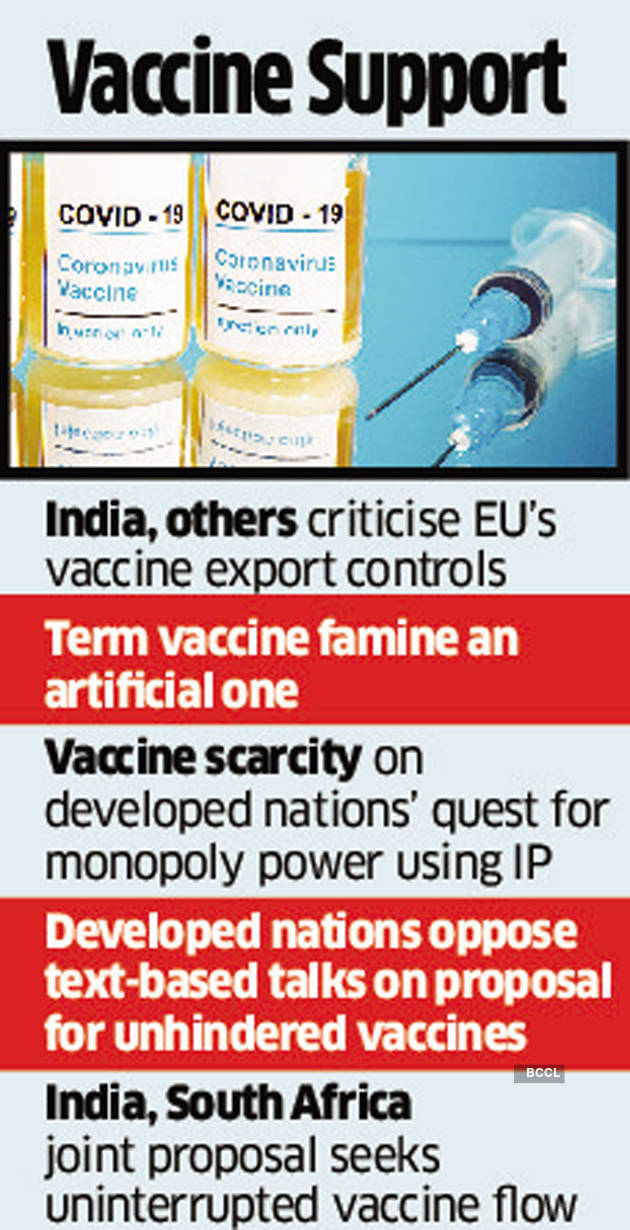 Terming the European Union’s measure an alarming one, these developing and least developed countries said that opposition to the IP waiver is by those who have secretly bought up their way to available production and continue to collude with pharmaceutical companies under the veil of secrecy, according to a Geneva-based official.

“The developed countries dismissed to engage in text-based discussions on the proposal. They made it clear once again that they will not support the IP waiver,” the official said.

India and South Africa have said that text-based discussions would allow manufacturers and governments to have greater freedom to operate so as to leverage the global capacity that already exists. Their joint proposal is co-sponsored by Kenya, Eswatini, Pakistan, Mozambique and Bolivia.