Why is Kerala still struggling with a high number of active cases?, Health News, ET HealthWorld 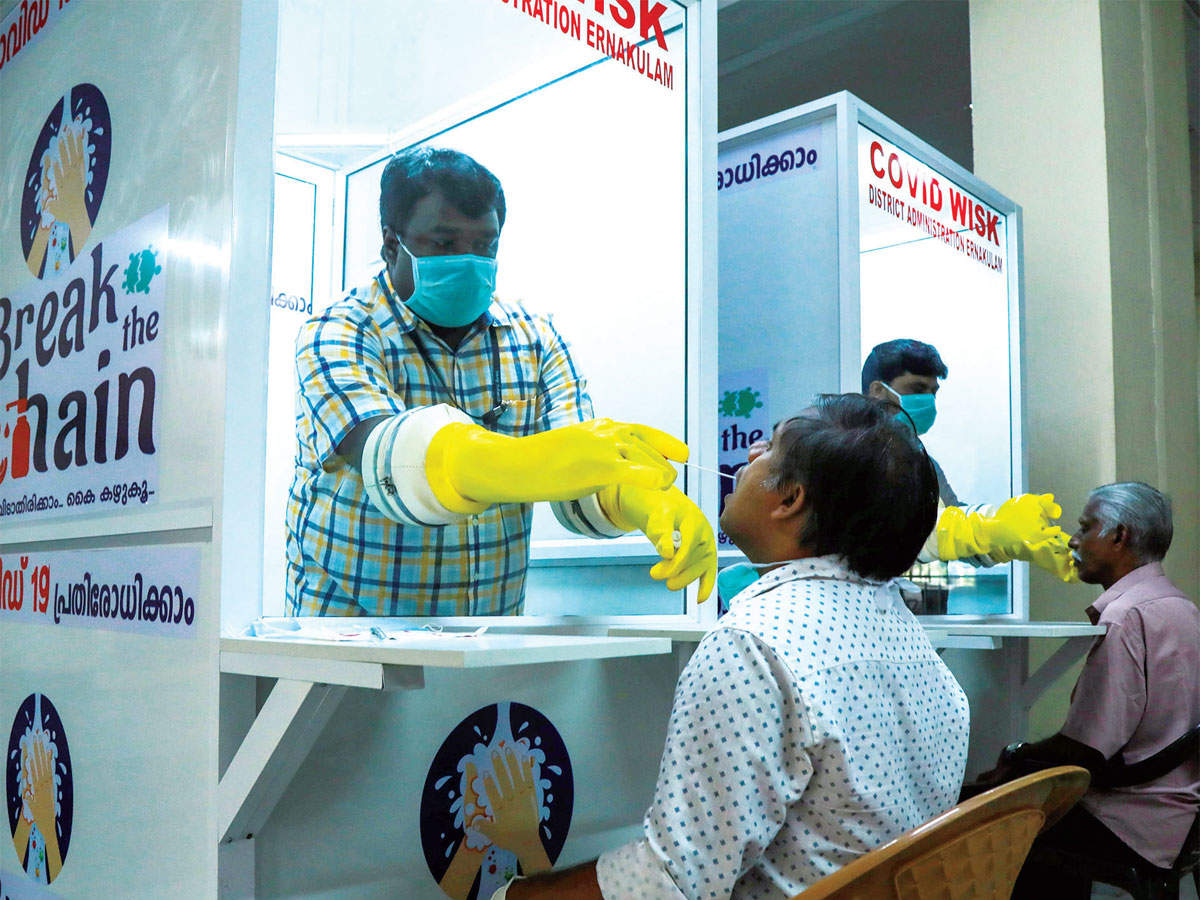 On January 30, 2020, health monitors at the Kochi airport in Kerala detected India’s first novel coronavirus patient — a medical student returning from Wuhan, believed to be the origin of the contagion. The new virus was found to be much more efficient and faster in infecting humans than its predecessor — Severe Acute Respiratory Syndrome (SARS) virus — that had wreaked havoc across the world in 2002. While India’s first Covid-19 case was being reported, the global death toll from the disease had already touched 170.

Kerala, which had dealt with the deadly Nipah virus a year earlier, was already on high alert. The health minister, KK Shailaja, had activated emergency tracking and treatment protocol as soon as news had started filtering in about a new germ ravaging Wuhan.

A year later, the contagion has devastated several countries and mutated variants are popping up. Over 10 million people in India have tested positive for the infection and more than 1.5 lakh have succumbed to it. It seared through most states in the last quarter of 2020 and is on the wane now. In Kerala, however, the virus continues to spread.

The state tops the country in daily infections. The Union health ministry said two states accounted for nearly two-thirds of India’s active cases: Kerala is hosting just under 40% of them, while Maharashtra has 25%. The contagion hit peak daily infections on September 16 in India when 97,859 people tested positive. The daily-death number had peaked the previous day at 1,283. On January 26, only 12,569 new infections were found. Half of those were reported from Kerala, whose healthcare system and human development parameters are often compared with the world’s best. The Economic Survey 2020-21 notes that Uttar Pradesh, Gujarat and Bihar restricted the case spread the best; Kerala, Telangana and Andhra Pradesh saved the most lives; Maharashtra under-performed the most in restricting the spread of cases and in saving lives. 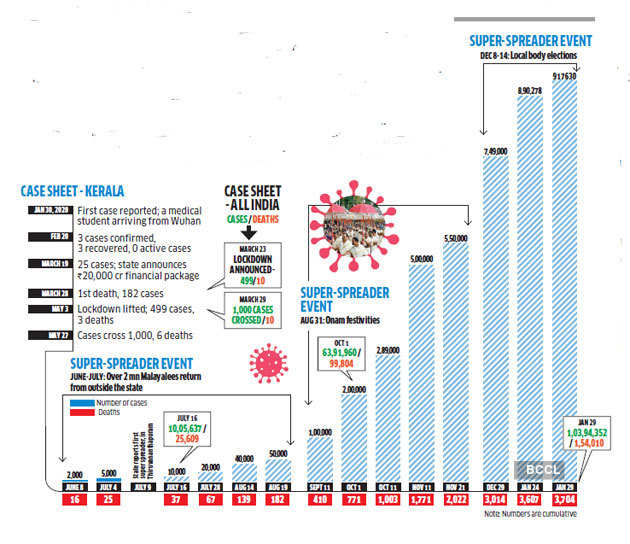 Many states suffered much less than anticipated despite lax measures, raising questions about the effectiveness and need for hard responses. But authorities in the state insist their focus has not waned.

“We never loosened our grip,” says Mohammed Asheel, executive director of Kerala Social Security Mission. “The effort from the beginning has been to delay the peak.” Asheel says the state administration was aware it was running a marathon and when the pandemic is over, success or failure would be judged by how many lives it was able to save and not by the number of cases. The state’s death rate (referred to as the case fatality rate or the number of deaths as a proportion of confirmed infected cases) has stayed near 0.4%. The all-India number is 1.4%.

“Most states in India were monophasic while Kerala has been biphasic,” says T Jacob John, virologist and former professor at CMC Vellore. “Kerala took strong measures and was successful in suppressing the virus initially. The curve will come down when the proportion of infected is more than that of the uninfected. If the proportion of uninfected is more, the cases will continue to rise.” He said there was no way to discover the ratio of infected to the uninfected because tests for detecting antibodies — the human body’s disease fighting mechanism used as an infection marker — were not sensitive enough.

The proportion of older people is higher in Kerala than the rest of the country and it is also known as the diabetes capital of India. That makes the population extremely vulnerable. “Considering Kerala’s age profile, comorbidity in its population and mobility within and outside, it has done quite well,” says Srinath Reddy, president of the Public Health Foundation of India. The state’s local bodies played a critical role in contact tracing, he says.

Asheel says the state’s strategy was designed to manage the susceptible, exposed, infected and recovered population. Several people are still susceptible, he says, referring to the high daily case numbers. The first stage of the lockdown was required to prepare the health system. Later, the effort was to ensure there was balance between ensuring the health system did not come under too much pressure, controlling the spread of the disease and restarting economic activity to protect livelihoods. “At no time did we have to use more than a fourth of ventilators or more than half of ICU beds,” he added.

The state’s response has come at a cost. It first made a Rs 20,000 crore package to strengthen grassroots response and economic support, including running community kitchens and distributing free provisions to all households. Its revenue fell short by 18.77% than budgeted at the beginning of the year and the fiscal deficit ballooned to 4.25% from 3% the previous year, Finance Minister Thomas Isaac said while presenting the budget for 2021-22.

“You could aim to stop Nipah but you cannot stop coronavirus,” says virologist John who considers Kerala’s response the most humane one in India.

On January 30, at the 33rd Kerala Science Congress, scientists and researchers gathered in Thiruvananthapuram to present new findings on Pandemics: Risks, Impact and Mitigation. John, also the chairman of the science congress, is hoping novel ways and ideas would emerge from here to eradicate the virus.