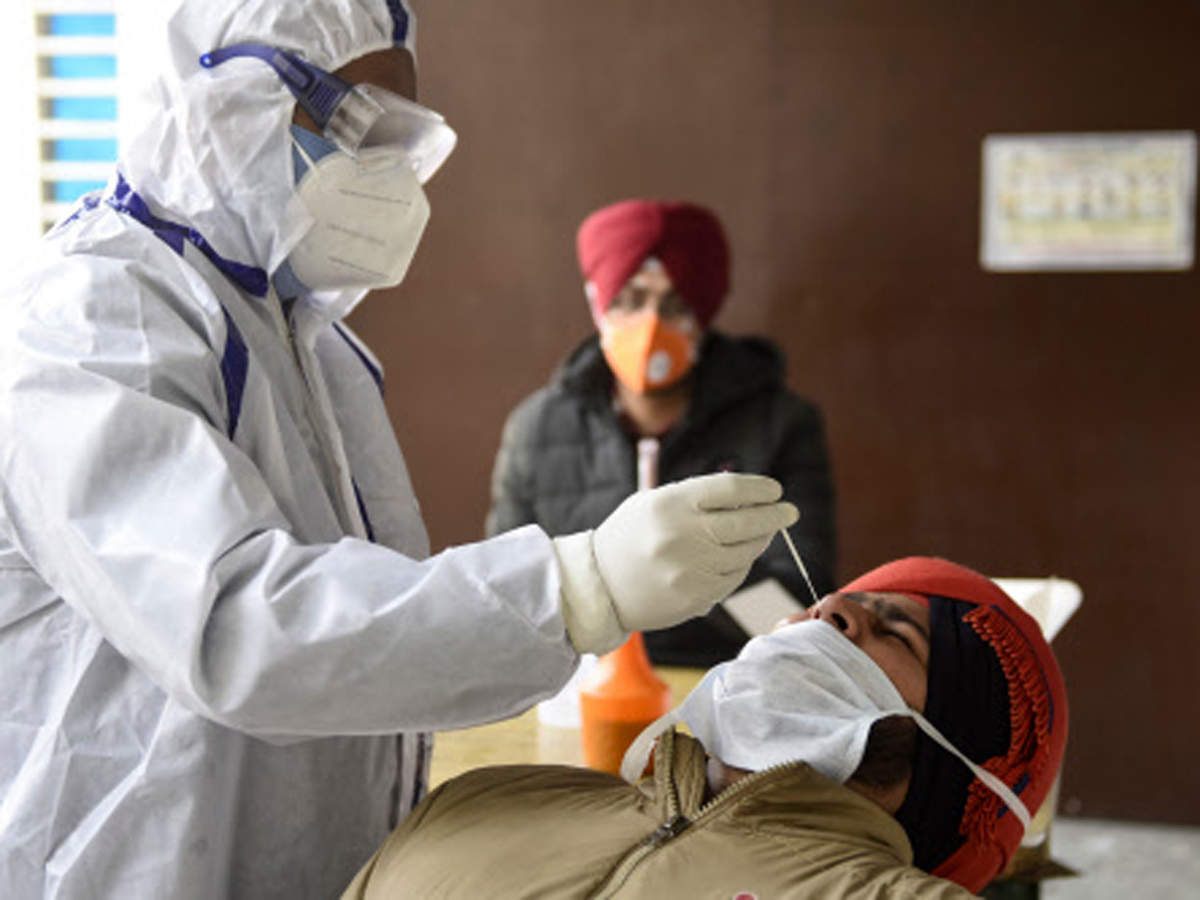 New Delhi: Sustaining a downward movement, the tally of India‘s active Covid-19 cases has dropped to 1.71 lakh (1,71,686) which is just 1.60 per cent of the total infections, while the national cumulative positivity rate has fallen to 5.50 per cent, the Union Health Ministry said on Friday.

“The national cumulative positivity rate has fallen to 5.50 per cent,” the ministry said.

India’s caseload per million population is one of the lowest when compared globally and stands at 7,768, it said.

“The count is much higher for countries like Germany, Russia, Italy, Brazil, France, UK and USA,” the ministry said.

It said 17 states and UTs have cases per million lower than the national average (7,768).

Till 8 AM on January 28, nearly 30 lakh (29,28,053) beneficiaries have received anti-coronavirus shots under the countrywide Covid-19 vaccination exercise, it said.

“The number of beneficiaries being vaccinated every day has shown a progressive increase,” the ministry underlined, adding that 72.46 per cent of the total vaccinated beneficiaries are from 10 states.

Uttar Pradesh accounts for the maximum share of vaccinated beneficiaries followed by Karnataka and Rajasthan.

Chhattisgarh has reported 6,451 cases, 6,479 discharges and 35 deaths since their last report. The jump in figures, according to the State Health Department, is due to the reconciliation of district level and state level case, discharge and death figures, the ministry said.

It said 85.36 per cent of the new recovered cases are observed to be concentrated in seven states and UTs.

Chhattisgarh has reported the maximum number of single day recoveries with 6,479 newly recovered cases. In Kerala, 5,594 people recovered in a span of 24 hours followed by 3,181 in Maharashtra.

The ministry said 85.73 per cent of the new cases are from five states and UTs and added Chhattisgarh reported the highest daily new cases at 6,451.

“As mentioned above, the jump in figures is due to the reconciliation of district level and state level case, discharge and death figures,” the ministry underlined.

It is followed by Kerala with 5,771, while Maharashtra reported 2,889 new cases. It added that 163 fatalities have been recorded in a span of 24 hours.

Eight states and UTs account for 85.89 per cent of the new deaths. Maharashtra saw the maximum casualties (50). Chhattisgarh follows with 35 daily deaths and Kerala with 19.

Altogether, 19 states and UTs have deaths per million lower than the national average (112), the ministry added.