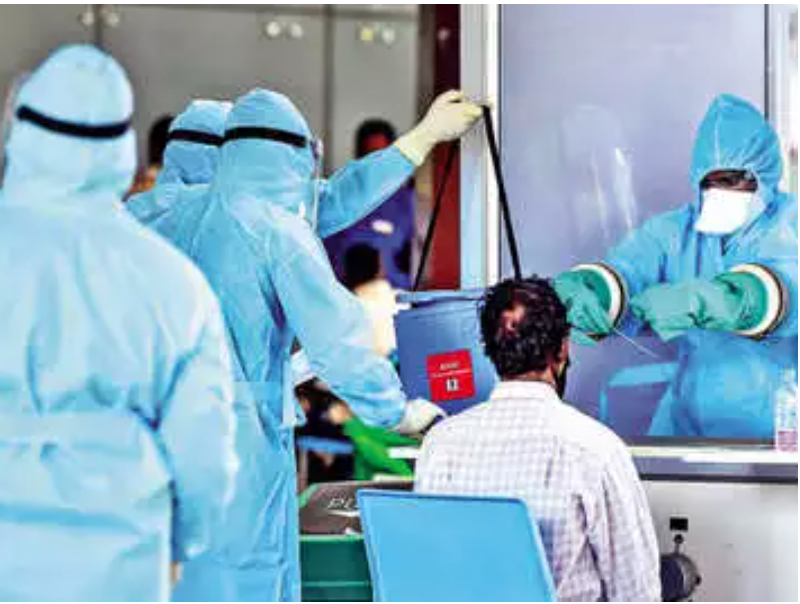 India crossed a crucial milestone on Monday with over 20 lakh people being vaccinated against Covid-19, while fresh infections as well as the day’s toll were at their lowest in around eight months, reports Sushmi Dey. On Monday, 9,102 new cases and 117 fatalities were registered from across the country. Kerala and Maharashtra accounted for over 57% of the day’s tally, with the former alone accounting for 37% of the total cases.

On Monday, 4,08,305 health workers were inoculated in 7,764 sessions across the country. However, only five states — Andhra Pradesh, Karnataka, Rajasthan, Tamil Nadu, Telangana — conducted vaccination sessions on Tuesday because of Republic Day celebrations. Only 5,615 beneficiaries received the jabs, of which Tamil Nadu alone vaccinated 4,926 beneficiaries.

Officials said declining cases of Covid are reassuring that India is on track and the vaccine hesitancy has also been addressed to a large extent with the massive awareness campaign launched by the health ministry last week.

“With a sustained, pro-active and calibrated strategy of the Centre based on ‘whole of government’ and ‘whole of society’ approach, the daily new cases have seen a consistent decline. This has ensured a steady fall in daily fatalities too,” the ministry said.