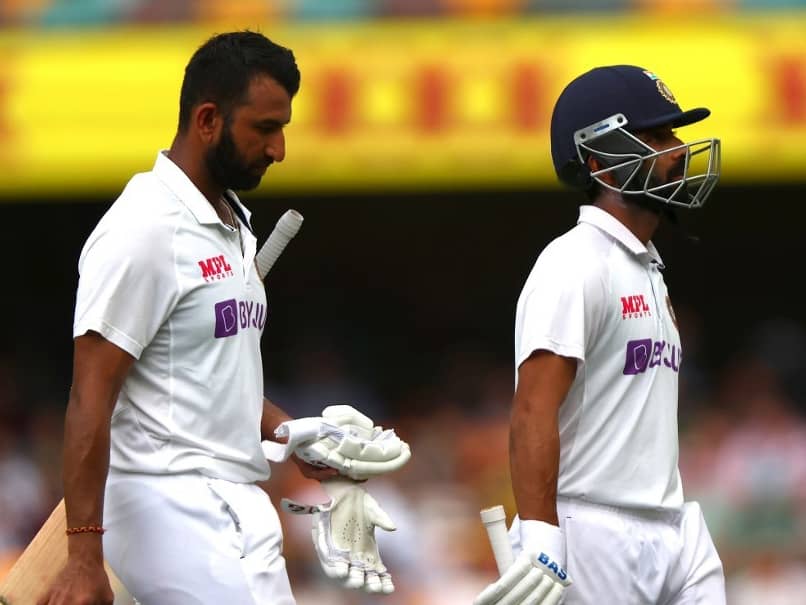 IND vs AUS Live: India were trailing Australia by 307 runs at stumps on Day 2.© AFP


Despite a steady start, India have lost an early crucial wicket against Australia, on Day 3 of the ongoing fourth Test match, at The Gabba, in Brisbane. Cheteshwar Pujara and Ajinkya Rahane looked set to build a steady partnership, but the former lost his wicket to Josh Hazlewood. Rahane will be aiming to anchor India’s innings with Mayank Agarwal, and hope to not lose any wicket before the Lunch break. Australia posted a first innings score of 307 runs on Day 2, meanwhile, India responded by posting 62 for two at Stumps on Day 2 before the match was abandoned due to rain after the Tea break. Opener Rohit Sharma toiled hard at the start of the innings but threw away his wicket after scoring 44 with a lofted shot off Nathan Lyon’s bowling. Earlier, Pat Cummins dismissed Shubman Gill for seven runs. (LIVE SCORECARD)