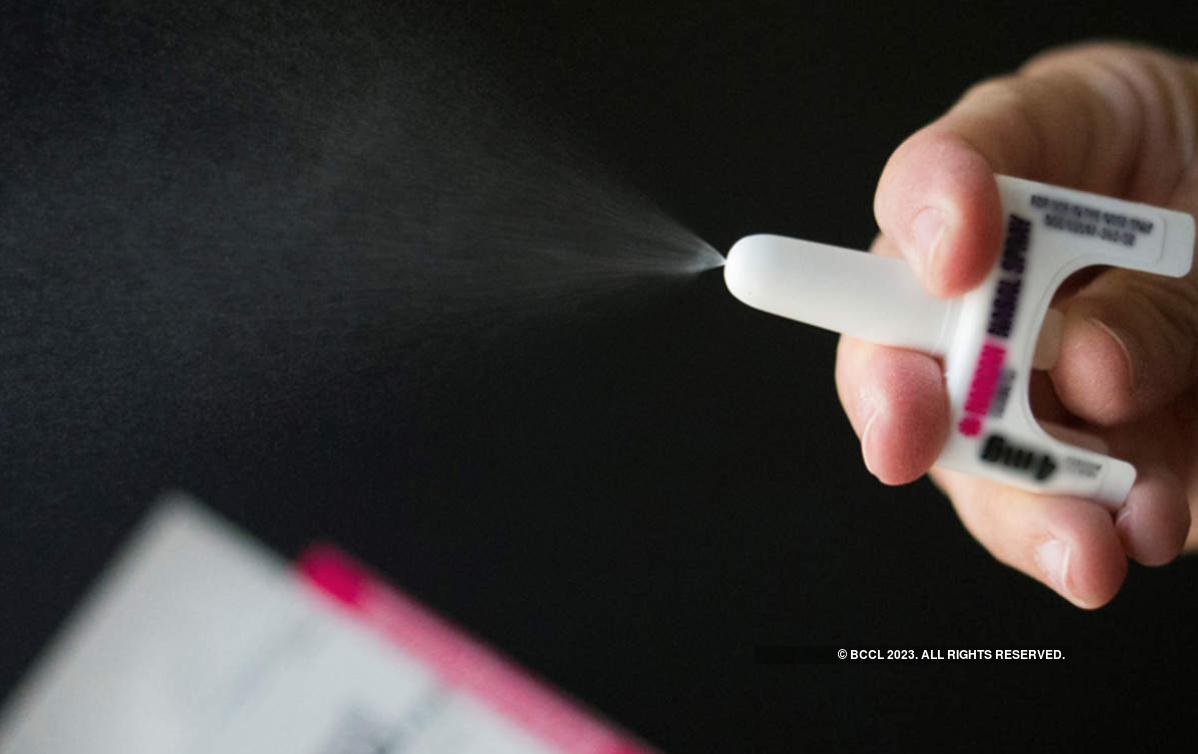 LONDON: A new potentially life-saving inhaler-based treatment that is hoped will protect Covid-19 patients from developing severe illness has begun a major trial at UK hospitals.

It involves inhaling a protein called interferon beta-1a (SNG001), which the body produces when it gets a viral infection, and the hope is it will stimulate the body’s immune system and prime cells to be ready to fight off viruses.

Synairgen’s SG018 trial is a randomised placebo-controlled study being conducted in approximately 20 countries enrolling a total of 610 Covid-19 patients who require supplemental oxygen.

“We need treatments as well as vaccines to fight highly pathogenic viruses such as SARS-CoV-2 [Covid-19]. Development of treatments like ours will remain necessary in cases where vaccines are not effective, for those who do not get vaccinated, and in case the virus mutates to the point where vaccines become less effective,” said Richard Marsden, CEO of Synairgen.

“We believe this trial presents an opportunity for a significant UK scientific breakthrough and if given the right support, our drug could rapidly assist with the global crisis,” he said.

After reporting the results for the primary and key secondary endpoints of the study, enrolled patients will continue to be assessed for long-Covid-19 symptoms.

It has appointed Parexel Biotech, a division of the leading global clinical research organisation Parexel to help conduct the Phase III trial and several UK sites have now been initiated, with further sites in the US and the European Union (EU) expected to follow.

Early findings suggested the treatment cut the odds of a Covid-19 patient in hospital developing severe disease, such as requiring ventilation, by almost 80 per cent.

The results of a smaller, phase two clinical trial of the treatment conducted last year suggested the chances of a Covid-19 patient in the hospital getting the severe disease – requiring ventilation, for example – were reduced. Patients were two to three times more likely to recover to the point where everyday activities were not compromised by their illness, Synairgen claimed.

The large-scale trial is deemed an Urgent Public Health study by the UK’s National Institute for Health Research (NIHR). In the US, SNG001 has been granted fast-Track status from the US Food and Drug Administration (FDA).

The company said it is seeking further equivalent prioritisations and support from governments in participating countries. The team running the trial say they hope it will be completed by early summer in April-May.

“If we had a positive study, we would hope to move rapidly into scaled manufacture and delivery of the drug in clinical practice,” said Prof Tom Wilkinson, of the University of Southampton, who is overseeing the trial.

He believes the new drug – if it proves effective in the Phase III trials – will be a complement to the vaccines that are being rolled out.

The treatment is the result of the discovery by a team from Southampton University that people with lung diseases such as asthma and chronic obstructive pulmonary disease (COPD) often had low levels of interferon beta.

Synairgen said it is also running an ongoing Phase II trial of inhaled interferon beta in non-hospitalised “at risk” patients, (SG016), that it said is progressing rapidly.