1 in every 3 active Covid-19 cases in state is from city, Health News, ET HealthWorld 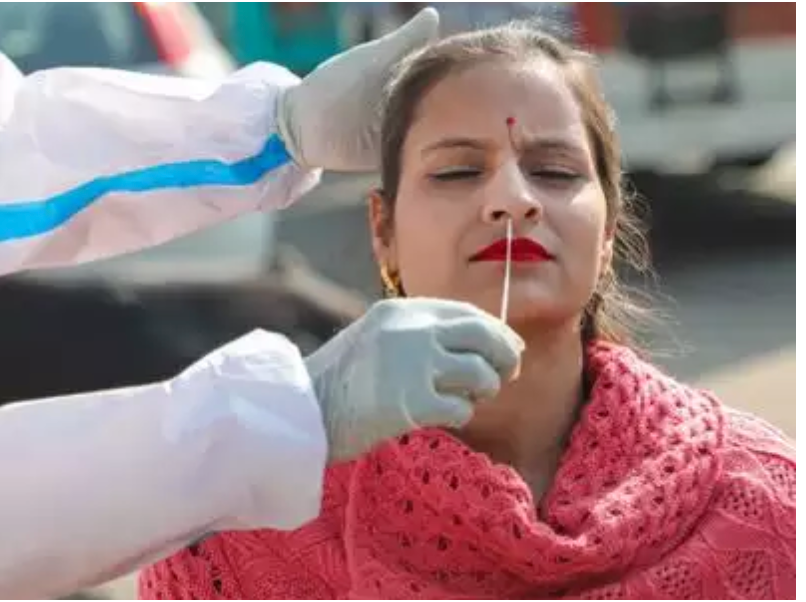 Chennai: The state had 7,302 people still under treatment for Covid-19 after 882 patients recovered on Saturday. Tamil Nadu added seven deaths and 761 fresh cases, which pushed the cumulative case tally to 8,25,537 and the death toll to 12,215.

One in every three active cases was from Chennai, the worst affected district in the state. On Friday, there were 2,198 active infections in the district. Perambalur, which reported zero cases on Saturday, has two active cases – the lowest in the state, followed by its neighbour Ariyalur, where 17 people are still under treatment. Active cases were below 50 in Kallakurichi (28), Ramanathapuram (32), Sivaganga (39) and Tenkasi (49).

Besides Perambalur, Ramanathapuram also reported zero new cases, while Chennai continued to top the list with 218 new cases. In the western region, Coimbatore reported 69 cases followed by 52 cases in Salem. All other districts in the state reported less than 50 cases each. Deaths were reported in five of the 37 districts – while Chennai and Vellore reported two deaths each, Kancheepuram, Ranipet and Thanjavur registered one each.

The Chennai region — Chennai, Kancheepuram, Tiruvallur and Chengalpet – reported three deaths and 324 new cases. “Cases reported in the Chennai region has been steadily coming down,” said health secretary J Radhakrishnan. In March 2020, the region had 23% cases, by June it had 75% of TN’s cases. In December, it had 43% cases. “The number of cases in the city has been on a decline, but the drop wasn’t as quick because the city saw sporadic cases and clusters from educational institutions. In January, cases were reported from luxury hotels,” he said.
After the north, the most fresh cases were from the eight western districts (202). The central districts together reported 92 cases, while the ten southern districts had 87 new cases.

Between Friday and Saturday noon, the state has tested 65,219 people using RTPCR test. 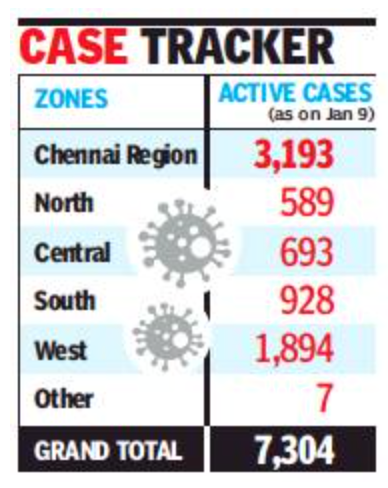