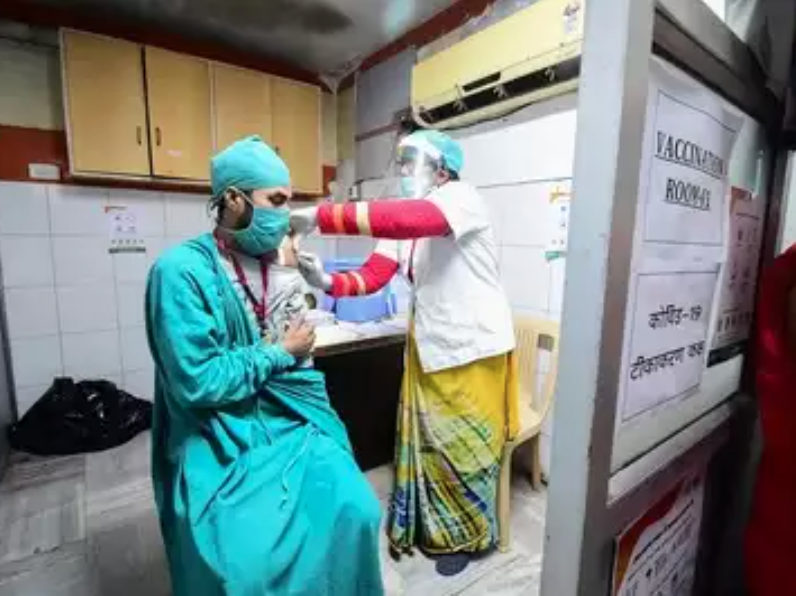 New Delhi: India will launch its vaccination drive against Covid-19 on January 16 after the forthcoming festivals of Lohri, Makar Sankranti, Pongal and Magh Bihu at a time when India’s infections are low as compared to several nations witnessing fresh spikes.

The decision on the rollout date was taken at a high-level meeting, chaired by Prime Minister Modi on Saturday to review the status of Covid-19 in the country and preparedness of states and Union territories for the massive vaccination programme that in its first phase targets 30 crore people.

“Everything is in line. We are hoping to vaccinate a few lakh people across several thousand sites on the first day itself,” an official said, adding stocks will reach four major depots soon after the supply order is signed.

Sources said the health ministry is set to sign the supply order with the first tranche of 10 crore doses funded through PM-Cares Fund. 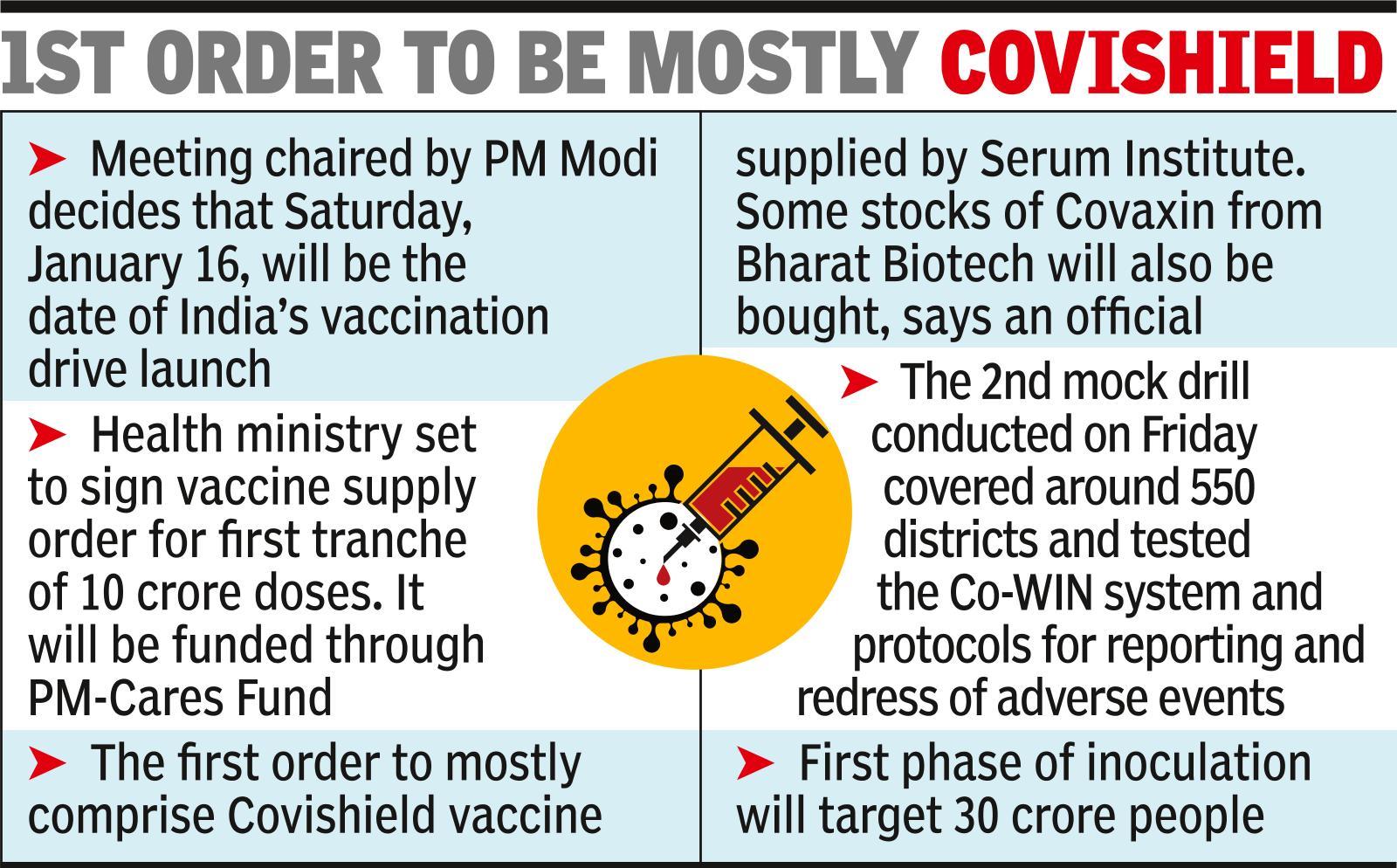 Initially, around three crore healthcare and frontline workers will be innoculated, followed by those above 50 years of age and the under-50 population with co-morbidities, estimated at around 27 crore. The vaccination programme might also be ramped up, depending on status of the infection spread and supply of vaccine.

On January 3, the drug regulator granted emergency use authorisation to two vaccines – Covishield and Covaxin — both being manufactured in India by Serum Institute of India (SII) and Bharat Biotech, respectively. The PM is also scheduled to meet chief ministers on Monday to discuss the plan for the rollout, ahead of the final launch.

The vaccination exercise is underpinned by the principles of people’s participation (Jan Bhagidari), utilising experience of elections (booth strategy) and Universal Immunisation Program. There will be no compromise on existing healthcare services, especially national programmes and primary healthcare, scientific and regulatory norms will be maintained, the government said.