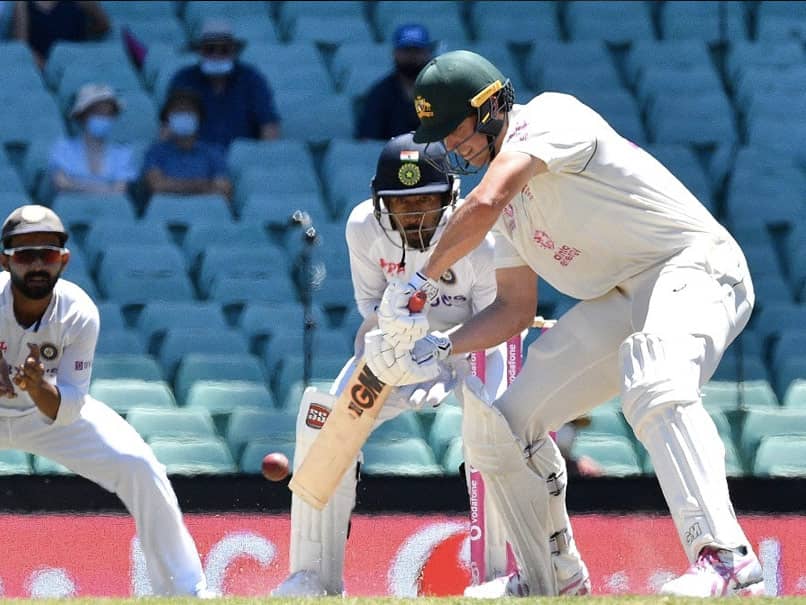 IND vs AUS Live: Cameron Green slammed a knock of 84 runs on Day 4 of the 3rd Test.© AFP

Australia have declared, setting a target of 407 runs against India on Day 4, of the ongoing third Test match, at the Sydney Cricket Ground (SCG). Tim Paine was unbeaten after scoring 39 runs. Cameron Green’s (84) dismissal ended the session, with both teams leaving for Tea break. Steve Smith registered a half-century and was dismissed by Ravichandran Ashwin after scoring 81 runs. Meanwhile, Marnus Labuschagne registered his second half-century of this Test match, but lost his wicket to Navdeep Saini. Matthew Wade could also muster only four runs before Saini dismissed him. India will be hoping to put in a good start, and maybe get close to staging a turnaround in the third Test match. (LIVE SCORECARD)