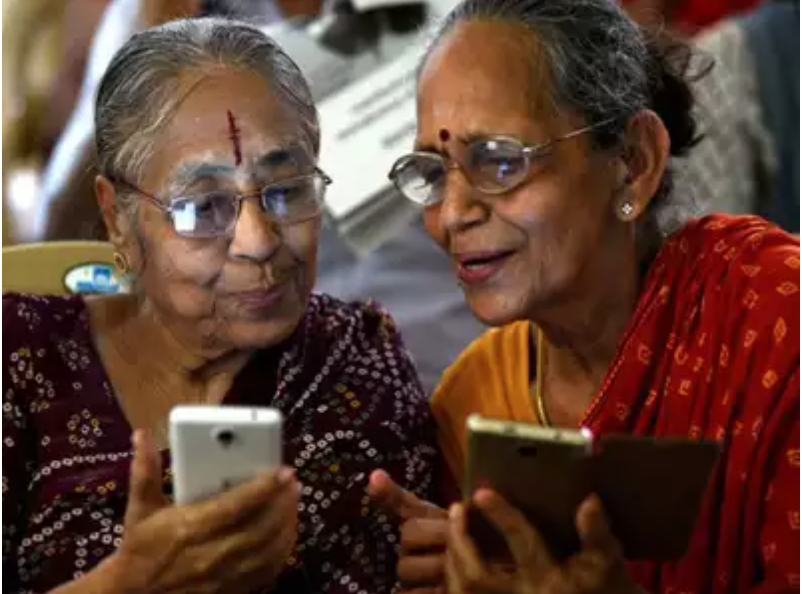 New Delhi: About 75 million people above 60 in India suffer from some chronic disease, shows the first part (2017-18) of the world’s largest study on the aged—the Longitudinal Aging Study in India (LASI)—released by the health ministry on Wednesday.

While 27% of elderly have multi-morbidities, about 40% have one or another disability and 20% have issues related to mental health, says the report that aims to provide a base for national and state-level programmes and policies for the aged.

The LASI, Wave 1, covered a baseline sample of 72,250 individuals aged 45 and above and their spouses. This included 31,464 people aged 60 and above and 6,749 aged 75 and above from all states and Union territories, excluding Sikkim.

Study finds 78% of 60+ people not getting pension

It is India’s first and the world’s largest-ever survey that provides a longitudinal database for designing policies and programmes for the older population in broad domains of social, health, and economic wellbeing,” health minister Harsh Vardhan said. “In the 2011 census, the 60+ accounted for 8.6% of India’s population, accounting for 103 million elderly people. Growing at around 3% annually, the number of elderly-age population will rise to 319 million in 2050.”

The survey used biomarkers based on direct health exams to estimate the prevalence of chronic health conditions, including hypertension, visual impairment, overweight or obesity or under-nutrition and chronic respiratory diseases.
Around three-quarters of those 60 and above who were diagnosed with chronic conditions have been treated for hypertension (77%), chronic heart diseases (74%), diabetes mellitus (83%), chronic lung diseases (72%) and cancer (75%). Over half the elderly have been treated for stroke (58%) and bone or joint diseases (56%). The treatment rate for neurological and psychiatric diseases is 41%. The treatment rate for all chronic conditions is higher among the elderly in urban areas.

The survey showed that about one-fifth of those 60 and above, who are officially retired, are currently receiving pension and an additional 3% are expected to get it. A large proportion (78%) are neither receiving nor expected to receive it. Over half of people aged 60 and above (54%) with 10 or more years of schooling, and who are officially retired, are receiving pension. In comparison, just 4% of those with no schooling get pension. 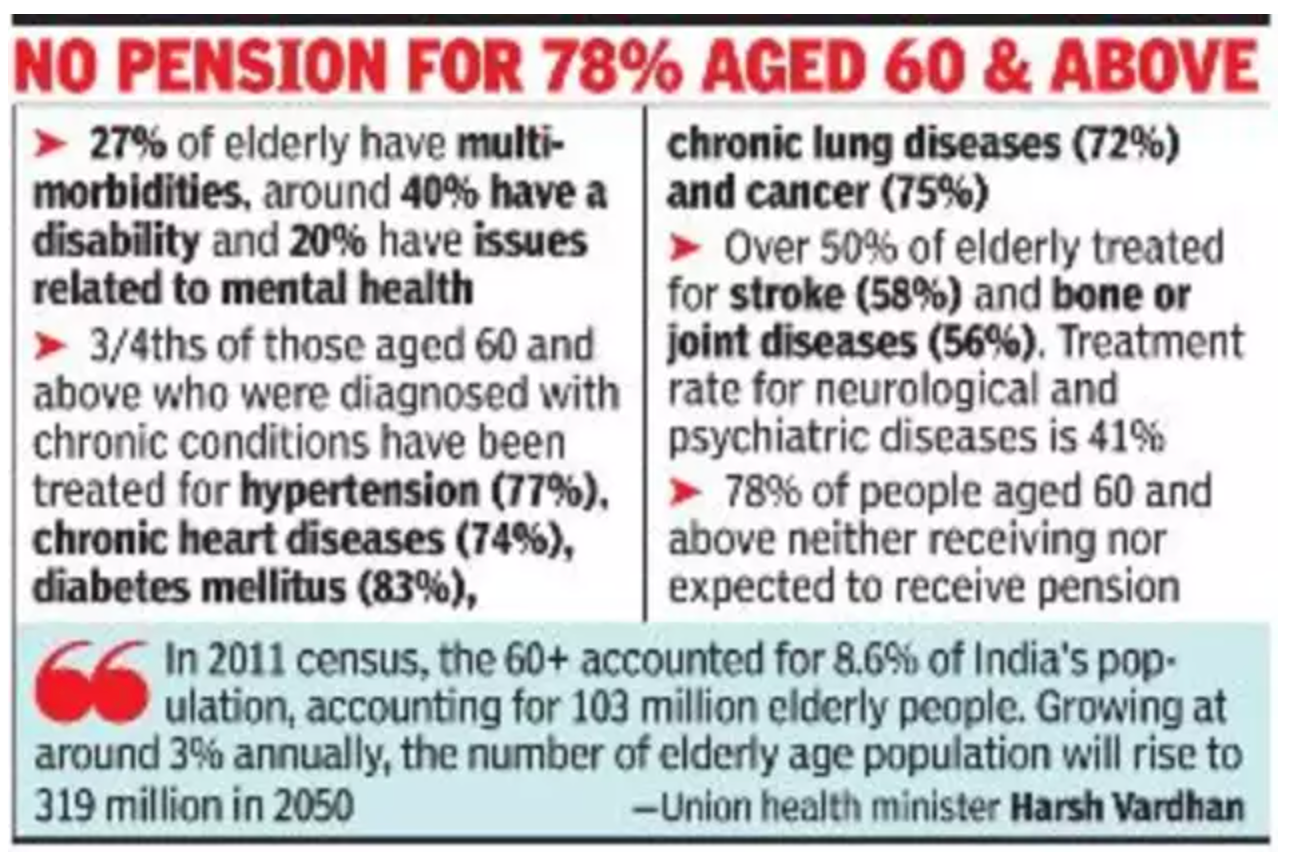