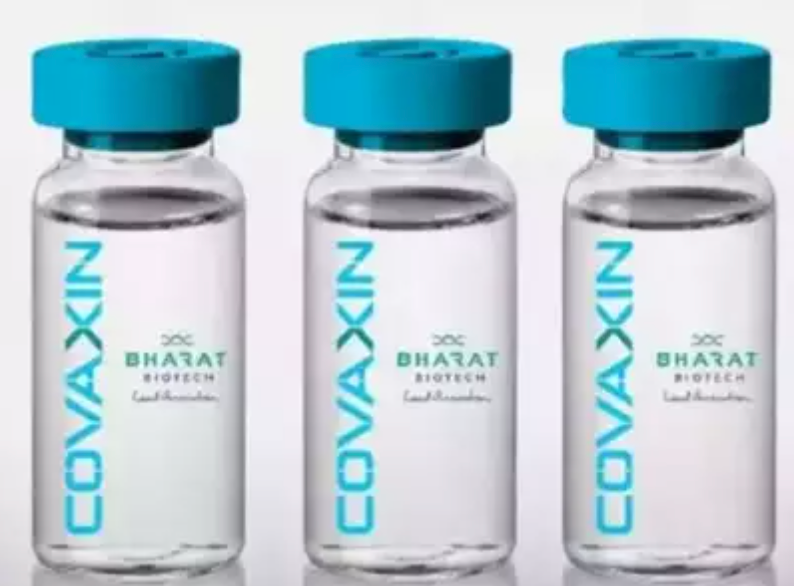 Hyderabad: Bharat Biotech founder and chairman Dr Krishna Ella on Monday lashed out at detractors who criticised the speed at which emergency use authorisation (EUA) was given to Covaxin, the company’s Covid-19 vaccine. “We don’t deserve this backlash,” he said and urged people to stop politicising the issue.

Without naming Serum Institute of India CEO Adar Poonawalla, Ella said, “We do 200% honest clinical trials and yet we receive backlash. If I am wrong, tell me. Some companies have branded me (our vaccine) like ‘water’. I want to deny that. We are scientists.”

Poonawalla had said in a TV interview on Sunday that there were only three vaccines with proven efficacy — the ones made by Pfizer, Moderna and Oxford-AstraZeneca — and the rest were just “safe like water”.

Ella said the US and Europe had refused to accept the AstraZeneca-Oxford vaccine trial data from the UK because it was not “clean”, but no one was questioning Oxford data. He alleged that volunteers in the AstraZeneca trials were administered paracetamol tablets before being given the shot.

An SII spokesperson said: “No comments. We do not get into public arguments.” 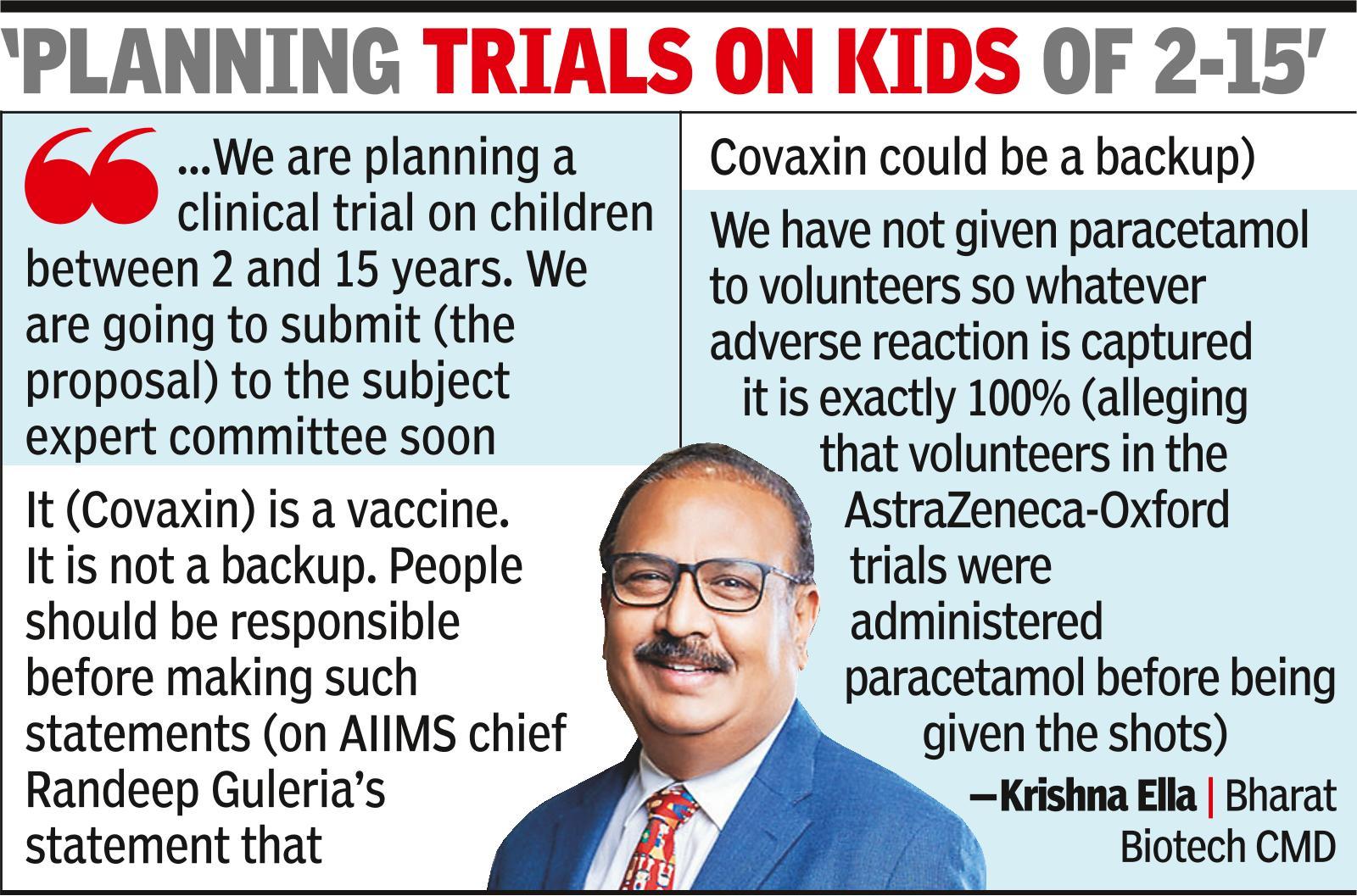 Only co to publish 5 articles: Founder of Bharat Biotech

We haven’t given paracetamol to volunteers so whatever adverse reaction is captured it is exactly 100% even if it is good or bad. It is captured in real-time,” Ella said.

When contacted for reaction to Ella’s comments, an SII spokesperson said: “No comments. We do not get into public arguments.”

Ella also appeared to take on AIIMS chief Dr Randeep Guleria who had on Sunday suggested that Covaxin could be a back-up for other vaccines. “It is a vaccine. It is not a back-up. People should be responsible before making such statements,” he said.

Ella claimed Covaxin had as many publications in international peer reviewed journals as Pfizer and more than many of the other Covid-19 vaccine candidates. He said the Covaxin Phase III trials were being handled by an American MNC IQVIA, formerly Quintiles, and IMS Health Inc and that patients in Phase III trials will be monitored for 12 months after the dose administration. “As an Indian company, Bharat Biotech has been struggling alone without any backup of MNCs like Astra-Zeneca or Pfizer,” he said.

“We put all (data) transparently. We submitted to each committee and then we got the approval,” he said. “I put everything in black and white and people still question me because Indian scientists are cheap people. People ask why we don’t have any data in the public domain. In fact, we are the only company to have published five articles. We are the only Bio-Safety Level 3 (BSL-3) production facility in the world. We are proud to say that even the US government does not have that, even the UK government does not have that.” He insisted that their work was in no way inferior to Pfizer in terms of publication. “It’s there on the internet, somebody has to go there and read it and then come back and ask questions. They don’t read that and immediately say on TV that it’s not in the public domain, they create a doubt, throw stones on Indian science.” He said Covaxin had less than 15% adverse effects. “As we go along, we found less than 10% of side effects. We have vaccinated more than 24,000 people already.”