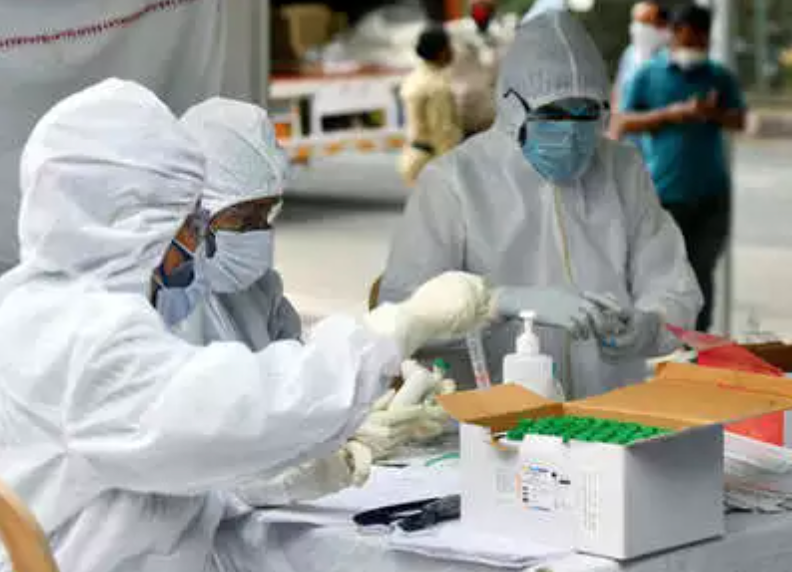 Over the past few months, the impact and implications of Covid-19 have permeated nearly all aspects of our life. Most of us have been closely tracking daily case and fatality numbers in our state and country, keeping tabs on the evolving regulations and guidelines, and watching in dismay as the pandemic causes India’s growing economy to stumble. We collectively breathed a sigh of relief as case counts in the country started to decline, and as we began to settle into what is being called the “new normal”. Yet, things are still quite far from normal.

After touching record highs of 95,000+ daily cases in mid-September, India’s average daily case count stabilized in the vicinity of 45,000 in November. Key cities like Delhi peaked on November 11th, with a record one day spike of 8593 cases. This follows the trend of different peaks in different cities at different times, and this trend of peaks and lows is going to continue for the foreseeable future.

The “Side-Effect” on Healthcare
The health impact of the pandemic has been terrible and has affected the lives of countless. Even beyond the loss of life directly attributed to the virus – nearly 1.39 lakh deaths across India so far – the pandemic has had serious health consequences. An estimated 5 lakh elective surgeries, 51,000 cancer surgeries, and 27,700 obstetric surgeries were delayed during the three month period following the government’s orders in this regard in March. While elective surgeries have since been restarted in most parts of the country, clearing the backlog will take time, and in the meanwhile, many patients may continue to suffer.

This is especially true in cities like Delhi that saw its third and highest peak of Covid-19 cases in mid-November. Earlier last month, the Delhi Government issued orders to private hospitals asking that 80% of ICU beds and 60% of normal ones be reserved for Covid-19 patients. In a country where the healthcare system is stretched and operating close to capacity even outside of emergency situations, measures like these – though necessary – may be detrimental for non-Covid-19 patients. In many places, cancer screening programmes, which are critical in identifying cancer cases in a timely manner, have been paused and even a few months’ delays may pose a serious threat to the lives of many.

The Only Hope – Testing and Tracing
The health fallout of the pandemic has been devastating so far, and by all indications, may continue to cause further distress. It is clear now that the pandemic may continue until a vaccine is available in every corner of the world. Even though vaccines are on the horizon, the broader population is likely be vaccinated only in the latter half of next year. Until then, testing and tracing will continue to be our best hope. Already many countries, including India, have seen the value of increased testing to contain the spread of the virus. While India has undoubtedly made considerable strides in ramping up testing capacity to 15 lakh tests, there is still a lot that can be done to bolster this further.

For one, a uniform, holistic testing and tracing strategy that emphasizes on quality and inclusivity is essential. Many states have been relying heavily on Rapid Antigen tests, which are considerably less reliable than RT-PCR tests, and the fact that daily case numbers do not provide a breakdown of the test types is disturbing. According to Delhi government’s own data for November, the positivity rate of RT-PCR tests was around 28.6% while the overall positivity rate was less than 14%, which alludes to the high disparity in sensitivity between RAT and RT-PCR tests. But things have finally started looking up in Delhi now that the number of daily tests has been increased to nearly 80,000 with RT-PCR tests occupying almost half the share. This has paid rich dividends with the test positivity rate having come down below 4% and the surge of new cases having abated, without the hospitals being overwhelmed.

Now new studies are suggesting that the viral load in asymptomatic positive cases is much higher and infection can spread farther without indication, leading to increased morbidity and mortality. This emphasizes the need for a revised testing strategy that is flexible to account for the rapidly changing dynamics. At the same time, contact tracing efforts and surveillance measures have to be intensified.

But for any strategy to succeed against this vicious pandemic, there needs to be collaboration from the private sector. At present, 672 private labs have RT-PCR capacity opposed to 524 labs under the government. However, the recent test price caps by different state governments were announced unilaterally without consulting with the private sector or accounting for their issues. At this juncture, there is a need to recognize the sector’s contribution – that India can comfortably test close to 15 lakhs persons daily because private labs and hospitals are constantly upgrading their facilities and enhancing capacity to support the efforts of the government. This collaboration needs to continue and further strengthened to manage our successful exit from this pandemic.

Even though the infection curve has seemingly flattened, India should leave no stone unturned in preparing for future waves of Covid-19 by pursuing a well-planned testing and tracing strategy. India will also have to make the hard choice of prioritizing vaccination of those who have not been previously infected and hence not developed antibodies, considering the limited availability of vaccine, resources and manpower required. Testing will play a distinct role in the post-vaccine world to identify vulnerable groups in higher need of protection from the virus. The importance of testing may, thus, shift but will not diminish. After all, the healthcare needs of our people cannot wait indefinitely, and every measure that is imposed today will bring us a little closer to the normal that we know.