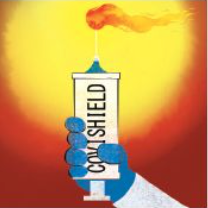 Given India’s grim Covid-19 statistics – the total number of cases in our country is now well above 10 million, second to the United States only, and the death toll is nearly 150,000 people – it is no wonder that this weekend’s emergency regulatory approval of vaccines against coronavirus was met with applause by the political leadership, including the Prime Minister Narendra Modi himself.

Two vaccines have so far been approved – one by AstraZeneca pharmaceutical giant and Oxford University (under the Covishield brand) and the other by India’s Bharat Biotech and the Indian Council of Medical Research (COVAXIN). Immunisation programme is set to start in a week. What is equally important, is that emergency approval of other vaccines is expected to follow soon –both locally-developed and foreign ones, such as Russia’s Sputnik V. This “vaccine portfolio” approach is exactly what is needed not just in India, but globally as well, to achieve mass vaccination results both quickly and efficiently. Different vaccines may react differently to mutant strains of the coronavirus and that is why it is extremely important to have access to vaccines built on different platforms.

When it comes to the selection of AstraZeneca specifically, there are several points to make here. To its advantage are a competitive cost ($3.5 or 250 rupees/dose for the Indian government) and relatively simple storage requirements (unlike some other vaccines that need to be kept at -70 Celsius, it can be stored at 2-8 degrees Celsius).

However, one thing that caught some attention in the press and in the scientific community is that of all the major international vaccines out there, AstraZeneca’s is the one with the lowest recorded efficacy. Based on Phase III clinical trial results published by the company in the Lancet in December, it stands at 62.1 percent for a two-shot treatment. While this is still well above the 50 percent efficacy threshold set out by both the World Health Organisation and the Indian regulators, it is considerably lower than 90 percent+ efficacy shown by the anti-COVID-19 vaccines developed by Pfizer/BioNTech and Moderna, or by Sputnik V from Russia’s Gamaleya Institute.

Notably, AstraZeneca is currently working with the Russians on the combination of their vaccine’s vector with that from Sputnik V (showing 91.4 percent efficacy as per Phase III final control point recorded last month)precisely to see if that could help boost its vaccine’s efficacy to over 90 percent as well.

While both vaccines use adenoviral vector technology, the AstraZeneca vaccine is based on a chimpanzee adenovirus (which is not the most popular technology among the vaccinated as recently conducted polls indicated that, given a choice, consumers prefer other technologies), the Sputnik V vaccine is based on a human adenovirus. Unlike AstraZeneca, which uses one and the same component for both inoculations, the Russian vaccine uses two different ones in two separate inoculations. Using the latter approach could prove more efficient in achieving a longer lasting immune response.

This is a great example of international cooperation between vaccine developers that I hope India will benefit from as well, especially since both AstraZeneca and Sputnik V work closely with Indian pharmaceutical manufacturers and both vaccines will be produced here.

(DISCLAIMER: The views expressed are solely of the author and ETHealthworld.com does not necessarily subscribe to it. ETHealthworld.com shall not be responsible for any damage caused to any person/organisation directly or indirectly.)