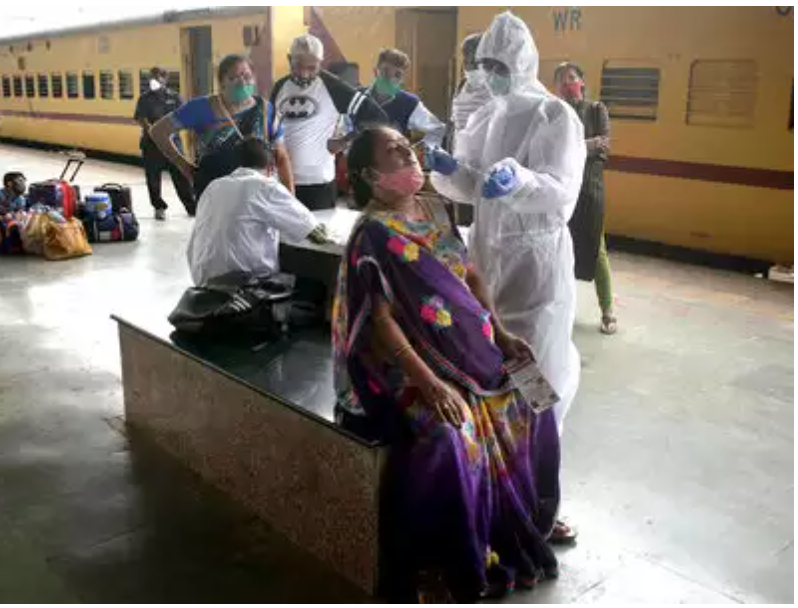 After falling to a 161-day low on Monday, the tally of fresh Covid-19 infections in India rose slightly on Tuesday to a little over 26,000 even as active cases continued to drop. India recorded 26,239 new cases on Tuesday, taking the overall caseload to 99,32,818, as per data collated from state governments. On Monday, the daily count had decreased to 22,273.

There were 383 deaths from the virus in the country, up slightly from 338 and 360 recorded in the last two days, respectively. The total toll from the pandemic so far stood at 1,44,090. Overall, both fresh cases and fatalities have been steadily dropping over the past many weeks, and the trend seems to be continuing into the present week.

Active cases in the country fell by more than 8,000 on Tuesday and stood at 3.3 lakh, while recoveries had risen to nearly 94.6 lakh.

The rise in cases from Monday’s count mainly came from Kerala, which recorded 5,218 fresh infections, up sharply from 2,707 reported a day earlier. Marginal increases were also seen in Maharashtra (3,442 new cases), Bengal (2,289), Delhi (1,617) and Karnataka (1,185). In most other states, cases either remained more or less flat, or declined marginally.