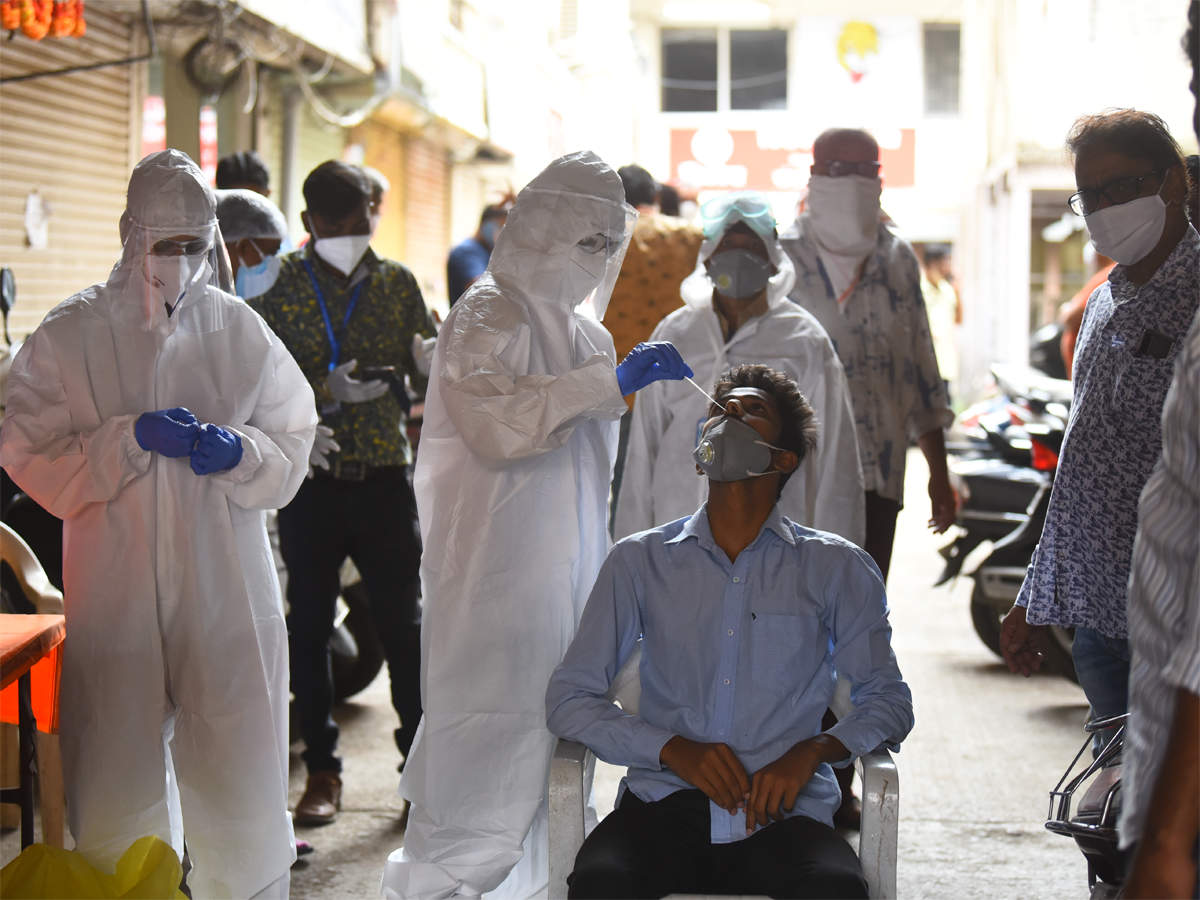 NEW DELHI: The number of Covid-19 patients under home isolation in the national capital has steadily fallen to 11,541, registering a drop of 50 per cent in the last 15 days, according to official figures.

The number of containment zones, which had been rising in this period, also registered a marginal fall in its count to 6,430 on Thursday compared to 6,460 on Wednesday.

Coronavirus cases had spiralled since October 28 when 5,673 fresh cases were recorded and on November 8, the daily infection tally was 7,745. In this period, a staggering over 74,000 new cases had been reported.

The number of home isolation cases on October 26 stood at 16,396 and the containment zones count that day was 2,930, according to official data.

On October 28, the number of fresh cases breached the 5000-mark for the first time and the home quarantined cases also rose to 16,822.

With the third wave of the pandemic hitting the national capital soon after, daily cases had surged and containment zones count also kept mounting.

However, since first week of November, the positivity rate has gradually fallen and the figure stood at 2.46 per cent on December 10, according to official data.

The number of home quarantined cases from late October had increased to 23,479 on November 26.

The number has steadily fallen since then and it reduced by more than half to 11,541 on December 10.

Experts had flagged that crowding due to festive season, rise in pollution level and laxity in adhering to Covid-19 safety norms, among other factors, had caused the massive surge in daily cases recently.

So, the rise in home isolation cases earlier was a direct result of that, they said.

With positivity rate and daily cases dropping gradually, the number of patients in home isolation also started to fall.

Delhi recorded 1,575 fresh Covid-19 cases on Thursday, the lowest in over three months, even as the positivity rate slipped to below 3 per cent.

These relatively low number of new cases on Thursday came out of 64,069 tests conducted the previous day, according to the latest bulletin issued by the Delhi health department.

Sixty-one fatalities were recorded, pushing the toll in the national capital to 9,874, while the average death rate of the past ten days stood at 2.27 per cent, according to official data.

The fall in daily cases here is significant, as it is the lowest since August 31, when 1,358 fresh incidences were recorded.

The bulletin said the total number of cases has climbed to 6,01,150, while the recovery rate stood at over 95 per cent.

Delhi Health Minister Satyendar Jain told reporters on Thursday that the third wave of Covid-19 pandemic in the national capital is not over yet but it is “definitely on the wane”.

According to the Thursday bulletin, out of the total number of 18,852 beds in Covid hospitals, 13,659 are vacant.