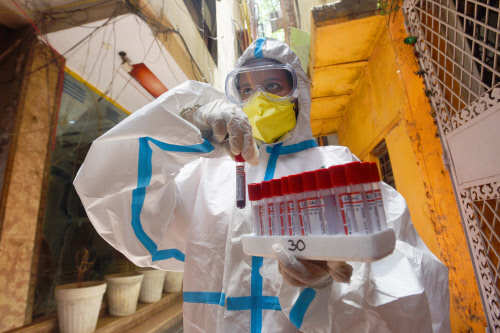 Pune: New findings from the August sero-prevalence study in five sub-wards of Pune conducted by the Indian Institute of Science Education and Research, Pune university and other collaborators have revealed that 85% of the 700 individuals infected with SARS-Cov-2 studied had virus-neutralizing antibodies after the infection.

This is the first time in India as well as other lower income and lower-middle income countries across the globe that such a research has been undertaken to gauge the extent of “neutralizing” antibodies in the population that may offer protection from the virus during subsequent infections.

Dr Aurnab Ghose, scientist, IISER and one of the principal investigators of the study, told TOI, “While the earlier findings showed the presence of antibodies suggesting past Covid-19 infection, those antibodies did not necessarily suggest the possibility of immune protection from subsequent infection. There are various kinds of antibodies, of which neutralizing antibodies are capable of protecting us from infection.” 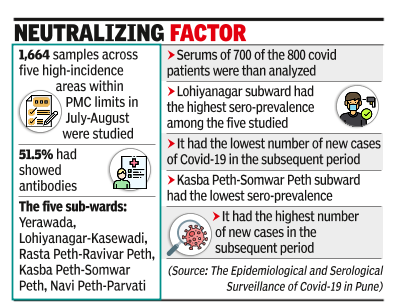