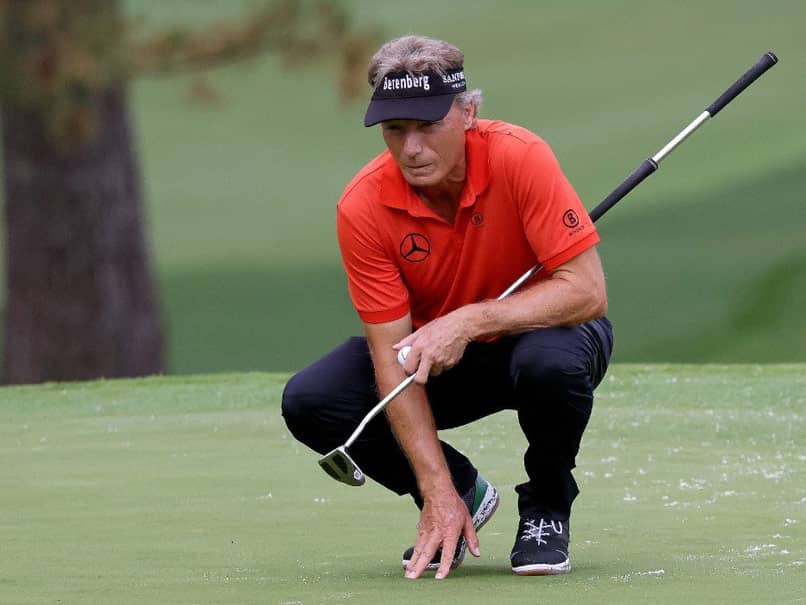 Bernhard Langer of Germany became the oldest player to make the cut in tournament history.© AFP


Two-time Masters champion Bernhard Langer of Germany became the oldest player to make the cut in tournament history Friday at Augusta National. The 63-year-old winner of green jackets in 1985 and 1993 finished 36 holes on three-under par 141 after completing a four-under par 68 first round and a second-round 73. The projected cut is a Masters record low 143, with 48 golfers yet to finish their darkness-halted second rounds. “To be the oldest to make the cut, it’s certainly an achievement,” Langer said. “Hopefully I get to play a few more years and enjoy this place.

“It’s certainly not easy to do it.”

Langer and 62-year-old Larry Mize became the first two over-60 players to shoot below par in the same major round when the 1987 Masters champion opened with a 70.

“No, it actually makes me feel older when I play with these young guys and I see how far they hit it and how short I hit it,” Langer said.

“I like this golf course. I think I know how to get around it, even though I hit very long clubs. But it’s certainly not easy.”